Coal Mine to Courtroom: A Quadriplegic’s Memoir of Relentless Faith, Courage and Eternal Success

I read the book and was amazed by Ron’s determination to have a better life then the one he was born into. From sports success to a tragic accident and then acquiring a law degree as a quadriplegic Ron’s life is a great read.

Here is an article about Ron published in NKyTribune. Ron’s book is available for purchase on Amazon at www.amazon.com/Coal-Mine-Courtroom-Quadriplegics-Relentless/dp/195155681X

On one hand, the story of Ron Adams is one of daunting hardship and tragedy; on the other, it is a story of formidable resilience and faith.

Many Kentucky stories are told with some mix of poverty, abuse, coal, basketball, tragedy, and at least one loving parent — and Adams’ story is no exception. His story is comprised of all, but defying death three times is simply what makes it more interesting.Adams’ story begins in Uniontown, Kentucky, where, during the early 1960’s, the grim grip of poverty clutched many. It’s also where Adams realized that he was more than just another child of a hard-drinking, abusive, coal-mining father.

His ability to handle a basketball ignited a scintilla of the confidence he would need to chip away at the festering self-doubt spurred by his father’s conviction that he “would never amount to anything.”

“When I was in the sixth grade at Uniontown, the first year I really started doing well, I made a shot that won the game, and it made us move toward the championship,” says Adams. “You don’t make a lot of points at that age but I made it. It was supposed to be one of our best players, and it ended up getting to me. Time was running out and I shot it and I banked it in. It changed my whole life because the entire rest of the night everybody came up to me — parents and everybody. It was like I was a king.”

Back at home, however, at home, things were very different.

One night, after his mother took a particularly brutal beating, she left with her 12-year-old son in tow. Dawson Springs was their destination.

The newfound success from a winning shot had instilled Adams with confidence on the court and he looked forward to shooting hoops in his new school.

“That game made me think I was great, those were the only points I scored that night,” says Adams. “Everybody was like, ‘Wow.’ I was short for my age, but it was like I was Larry Bird.”

But as an eighth grader at Dawson Springs, things were different, at first. His mother was working as a dishwasher at the local nursing home, earning a little more than a dollar an hour, and they had found a rental property to live in. Playing on the court in the only shoes he could afford — with hard plastic soles — made it difficult to keep up.

By the time he was in the ninth grade, his father had moved in with them. Though he was still “difficult and would do embarrassing things,” things began looking up for Adams, particularly his height.

“I worked hard that whole year, but what happened is, from the beginning of the ninth grade I was 5’3”, and I was a guard, and by the end of the ninth grade, I was 6’1,” Adams said. “It was so cool because the new varsity coach pulled me up from freshman to practice with the varsity team.”

Once again, basketball had brought him a sense of belonging and self-esteem. He would play varsity ball from 1972 to 1975.

In a small town, where the divide between the haves and the have-nots can be a wide chasm, athletic skill can help form a bridge. People were able to look past Adams’ plastic shoes and the ill-fitting clothes his father got from the company store.

“Basketball was everything,” says Adams. “Now, when I was driving my junkie car in high school it didn’t matter, everybody waved. That was the only thing I had to hold onto.”

“I’m trying to convey that anything can be achieved as long as you never give up, because life, unlike sporting events, well, the game’s not over. Don’t ever give up.” –Attorney Ron Adams

After graduation, Adams entered Cumberland College on a basketball scholarship, but a leg injury during his freshman year knocked him out of competition. He went home to recover and his father convinced him to take a job in the coal mines. He figured he could work and save some money, until his leg had improved, and then return to school.

He soon learned that his hopes and dreams of playing college basketball weren’t the only things that would be crushed 350 feet below the ground.

One day, while operating a shuttle car, Adams began his descent deep into the mine. The ceiling became increasingly lower, but Adams was unable to reach the brake on his car. He became wedged between the roof of the mine and 18 tons of machinery.

He fell off the car and was face down in the coal. His spine was crushed between 18 tons of equipment. His neck was broken, and at 19-years-old he was a quadriplegic.

Despair may well be the only thing darker than coal, and Adams woke up the next day with his share of it. After a bout of hard crying, he realized he preferred to move forward and make a future for himself.

With basketball behind him, he applied himself to his coursework, earning a business degree from Murray State University. Next, he was accepted to Northern Kentucky University’s Salmon P. Chase College of Law, where he earned the combined juris doctorate and MBA.

In 1987, he began practicing law in Florence, where his areas of practice included bankruptcy, divorce, and disability law. He had a successful practice, and a “wonderful wife,” Connie.

Then, life threw another curve. Adams was diagnosed with an acoustic neuroma brain tumor.

During an 18-hour surgery, doctors were able to remove the tumor, but it left him deaf in one ear. The recovery took longer than he’d expected and within three years, he and his family lost their home.

“I lost my practice, had to start over,” Adams said. “We lost our home and everything.”

Tragedy struck again when he and Connie were in a near fatal car accident, but again, Adams healed both physically and spiritually. Throughout his journey he has had a loyal partner by his side.

“Connie fought through with me,” says Adams.

“A beautiful, intelligent, devoted wife, Connie has been with Ron every step of the way since they met and she is truly the love of his life,” says Reyer. “Connie has been a true gift from God to Ron.”

Adams’ story could well be seen as simply a string of tragedies — a quadriplegic, brain tumor, near fatal accident, financial woes and loss — if not for the fact he continued to defy odds and forge ahead to success. Those odds of surviving the full scope of obstacles he’s encountered, he says, are one in more than 14 trillion.

He found strength in scripture and was inspired by the teachings of Joel Osteen, pastor of Lakewood Church in Houston, Texas. In 2007, Adams founded his own non-profit ministry, His Well Ministries. The inspiration for his ministry was the Bible verse John 10:10, and the phrase “abundant life.”

“Passing the bar the first time was one of the hardest things I’ve ever had to do,” says Adams. “I think when you accomplish something like that, it’s something that makes you go ‘I’m OK, I can do it,’ when nobody else thinks you can. When it would get tough here, and it would get tough a lot, I would just keep my head down and do it.”

Since the brain tumor and car accident, Adams has once again built a successful law practice, comprised of a team of devoted professionals.

Reyer, who previously worked with Adams for eight years, says she has watched clients go into his office at the lowest points in their lives and come out with hope and a new outlook.

“Ron knows God put him in that place to serve,” says Reyer. “It is so important that this story be told because no one can live without hope on so many levels — hope personally, physically, financially, and most importantly, spiritually.”

“You can get through hard times and feel sorry for yourself, and then you look at him and he really is never negative, he’s always positive in all situations,” says Zeller. “You think ‘how can I feel sorry for myself?’ He’s such an inspiration to all of us and all of our clients.”

Former Legal assistant, Pam Puffer, who has worked with Adams for eight years, has been inspired too.

“You want to talk about an amazing person — he cannot get out of bed, he cannot get dressed, that’s all he cannot do. He drives, he picks up dinner on the way home, he shakes your hand, he writes, he types, it’s amazing. Everything he does is with his shoulders. He’s very inspiring.”

Inspiring others to believe that anything can be achieved is where Adams has set his sights next. Sharing his story, as he did with the friends and colleagues NKU on a winter afternoon, is where he begins with that journey.

“I’m trying to convey that anything can be achieved as long as you never give up, because life, unlike sporting events, well, the game’s not over,” says Adams. “Don’t ever give up. When you quit you have no hope. Difficulties are always going to be there, you just have to show that you’re more determined. The ten that say you can’t, don’t impact your life at all unless you say they’re right.”

Vicki Prichard is a reporter and editor for the NKyTribune. 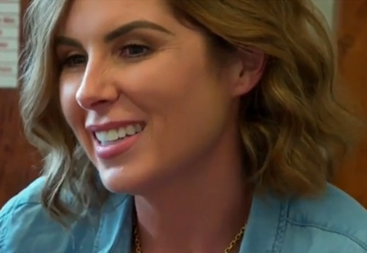 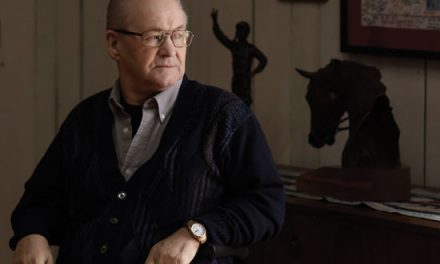 Adjusting to life with a spinal cord injury 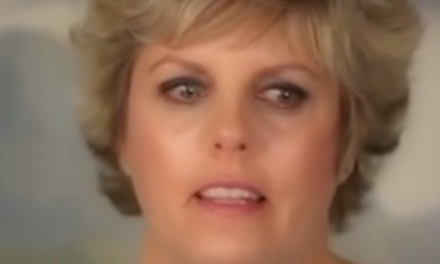