In 2014 she was involved in an incident where here legs were severed from her body just above the knees- struck by a locomotive in NE. as a result of a suspected date-rape drug.

If it had not been for first responders quick thinking, she wouldn’t be alive. Through my physical recovery she also struggled with mental and emotional health.

In 2016 she moved away from my hometown of Kansas City Missouri to Colorado Springs. 2017 brought her blessings as being a recipient of a vehicle from Cars4Heroes- but below the surface she was battling alcoholism.

In 2018, desperate for change & to help herself from suicidal thoughts – she started crawling remarkable places.

First, she  became internationally recognized for being the first female bi-lateral amputee to ever crawl up the Manitou Incline. The Manitou Incline is 2,744 steps made of rail-road ties that gains over 2,000ft of elevation in under a mile, and is rated as one of the most difficult trails of Colorado. For this – she  simply wanted to raise awareness to limb-loss and limb-difference.

She  decided to push herself to higher goals and in June of 2018 she became the First Bi-Lateral Amputee to ever summit Pikes Peak, America’s Mountain. The Barr Trail that connects to the Manitou Incline is 13.5 miles to the summit of Pikes Peak, gains roughly 7,400ft in elevation and the most difficult trail you will find in the Pike’s Peak Region.

After a grueling 3-day hike, she summitted her first mountain & became the first amputee to ever do so crawling without the use of prosthesis or any special equipment raising awareness for Operation Ward 57 & The Battle Buddy Foundation.

Whilst still struggling with my mental and emotional health she acquired legal charges in August of 2018, specifically due to her alcoholism.

In the midst of her self-destruction she had incidentally hurt an EMT that was trying to save her.

“He saved me from myself. It’s been a year on from that now: I put myself through rehab, completed all required court stipulations, serviced over 300 hours of my time to the community, spent the entirety of the summer in El Paso County Justice Center’s work release program.

In July of 2019 Terry Franz contacted me and asked if I was ready to get back out there and spread hope with Cars4Heroes, I accepted and since have been named the Director of Operations for them here in Colorado.”

Whilst in rehab she came into contact with the founders of Clasp-Life and in December of 2019 alongside her one-armed jump master Ishe became the first female Bi-Lateral amputee to successfully and safely static skydive!!

A week after her release from jail, she successfully planned and executed an excursion for a fellow bi-lateral amputee

“I want to help people, to give back and lead by example, to spread a message of hope and most of all I want to show that just a little determination can get you anywhere because ANYTHING is possible. I want to give back to the veterans who have served our country and I want to shake the hand of every first-responder I meet.”

On September 28th of 2019 the US National park service of NYC granted her access to ascend the stairwell of Lady Liberty in the early morning hours to raise awareness for Cars4Heroes.

“It was a truly remarkable experience to just be amongst the history of Liberty and Ellis Island, I think I may be the only amputee to have done so crawling!

Many have asked what is next and I am primarily focusing on myself for a while. “

The big news in that is,  she is going to focus on becoming ambulatory with prosthesis.

“Thanks to #50Legs and POA I’ll get the opportunity to run again for the first time in 5 years – Orlando I am coming to you next.” 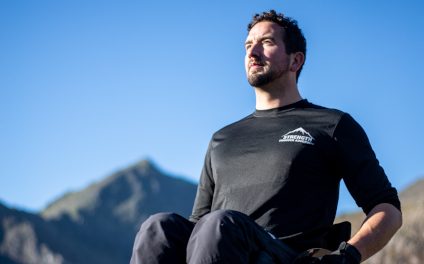 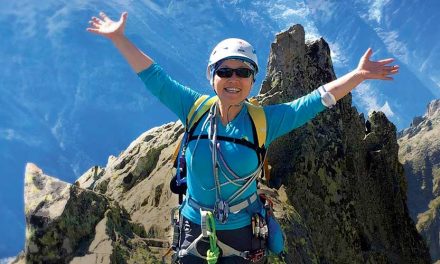