In the video above Emilia Clarke and her Mom discuss her two aneurysms that she had while filming game of Thrones. (Emilia starts around 2 minutes)

In 2020 Clarke wrote a public letter of thanks to the healthcare providers who cared for her after her two brain aneurysms. The Game of Thrones star had her first aneurysm in 2011 while working out at the gym, and a second one two years later. She said the second aneurysm was more difficult to recover from than the first. Almost a decade after suffering her first of two brain aneurysms, Emilia Clarke wrote a letter to thank her healthcare providers in the U.K’s National Health Service (NHS).

Last spring, the Game of Thrones actress revealed in New Yorker that how she survived two life-threatening brain aneurysms while filming the HBO series.

Emilia gave a special shout-out to one nurse in particular in her letter: “The nurse who suggested—after everyone else in A&E struggled to find an answer when I was first admitted—that maybe, just maybe I should have a brain scan. She saved my life.”

She also thanked her anesthetist, her brain surgeon, the nurses who bathed and clothed her while she was incapacitated, and the hospital cooks. She closed by thanking the nurse who allowed her mother to stay in her hospital room. “In all those moments, over those three weeks, I was not, not ever, truly alone,” she wrote.

Spend any time with Emilia Clarke, and it’s easy to see that she’s not like the character she plays on TV. “The big difference between me and Dani [is] my sense of humor, in that I have one,” Clarke laughed. “I mean, that lady ain’t cracking jokes!”

“That lady” is Daenerys Stormborn of House Targaryen, rightful heir to the Iron Throne, rightful Queen of the Andals and the First Men, Khaleesi of the Great Grass Sea, and Protector of the Seven Kingdoms, among other titles. She commands an air force of dragons, walks through fire, and is a serious contender to win the “Game of Thrones.” It’s famous for killing off its lead characters, but (so far) Clarke’s has survived.

Correspondent Tracy Smith said, “Even though you are one of the obviously most powerful characters in the show, I don’t think audiences would be surprised if they killed you?”

“Well, this is the incredible writing, the incredible storytelling on the show,” Clarke said. “And in that way that life can be shocking and frightening and confusing, this show doesn’t shy away from that for the sake of storytelling. It embraces that.”

“So, without giving anything away, when you read that final script, what happens to Daenerys, what was your reaction?”

“It’s sort of almost impossible to answer that question.”

“Without giving something away?”

In a series known for its strong female leads, the arc of Emilia Clarke’s character is perhaps the most dramatic. She described Daenerys as “a girl who has grown into a power that no one could have ever seen coming from the timid, frightened, sold piece of property that she was in the beginning of the show.”

Clarke’s own beginnings were much more pleasant. She was born in London, and got her first taste of acting at just five years old. “We did this play, and I forgot all my lines, all four of them! And I remember just standing there and just smiling and being like, ‘This is kinda cool – Hi, everybody! What’s up? What’s goin’ on? – and felt so at ease and so comfortable on the stage.”

She went to drama school in London, and landed a total of just two TV roles, including a daytime soap opera, when she was asked to audition for “Game of Thrones.”

“I remember I was like, ‘I’m just gonna have to nail this.’ I listened to some gangster rap before I went into my audition.”

Gangster rap because …? “Just to try and, like, pump myself up a little bit,” she said.

“And that empowers you to get through it?”

But the part she got required more than swagger. Her first scenes took guts, when – at her most vulnerable – Daenerys is sold to her husband, who rapes her.

“There’s nudity that you need to see her vulnerability, but for you, as a young actress coming into that, was it tough?” Smith asked.

“Yes. In the first season there were a number of moments where I was like, ‘I’m gonna go and cry in the loo for a second. I’ll be right back.'”

It was after that shooting first season, in February 2011, that Clarke faced an even tougher challenge off-screen, when she got the worst headache she’d ever had.

“I was in the gym, and the most excruciating pain, like an elastic band just went like snap! in my head, like an enormous amount of pressure suddenly. And then very, very, very quickly I realized I couldn’t stand and I couldn’t walk. And in that moment, I knew I was being brain-damaged.”

She’d suffered a subarachnoid hemorrhage – a bleeding on the brain. But incredibly, Emilia caught it in time, to not only get it fixed but return to “Game of Thrones” for season two.

“It’s like, ‘Hey, thanks for giving me the job. Super appreciate it. I just had a little thing. It’s fine. I’m fine,’ and so I was pretty much fine,” she laughed. “Six weeks after that I was back at work.”

But there was another swollen blood vessel lurking in Clarke’s head, and two years after the first one burst, she was back in the hospital with another brain bleed. This one almost killed her.

“So, with the second one, there was a bit of my brain that actually died,” Clarke said. “If a part of your brain doesn’t get blood to it for a minute, it will just no longer work. It’s like you short circuit. So, I had that. And they didn’t know what it was. They literally were looking at the brain and being like, ‘Well, we think it could be her concentration, it could be her peripheral vision [affected].’ I always say it’s my taste in men that’s no longer there! That’s the part of my brain, yeah, my decent taste in men.”

She feared what may have been lost was her ability to act. “Really, really, really did. That was a deep paranoia, from the first one as well. I was like, ‘What if something has short-circuited in my brain and I can’t act anymore?’ I mean, literally it’s been my reason for living for a very long time!”

Smith said, “The recovery process, this trying to get through having someone literally open up your skull, trying to go past that, you discovered was really difficult.”

“Yes. I mean, the first time it was difficult. But with the second one, I found it much harder to stay optimistic.”

“So, how did you get through?”

“That was very much like a day-to-day thing. And I definitely went through a period of being down, putting it mildly.”

But, she says, portraying a strong woman on TV helped her to be one. “But then you go on set and you play a badass and you walk through fire, and that became the thing that just saved me from considering my own mortality.”

Smith asked, “The renown that you’ve gotten from ‘Game of Thrones’ and from this character, what do you do now? How do you use that?”

“And at this point, you’re in the clear brain-wise?” asked Smith.

“Completely in the clear.” 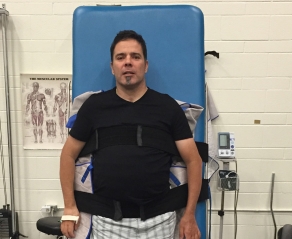 My life would never be the same – now an entrepreneur 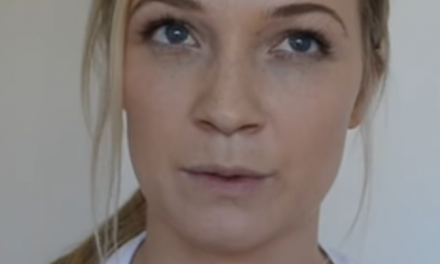 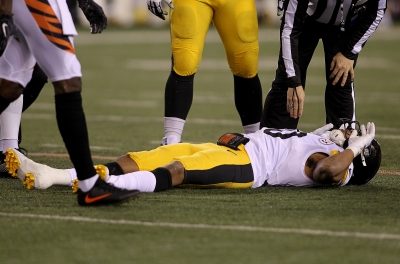 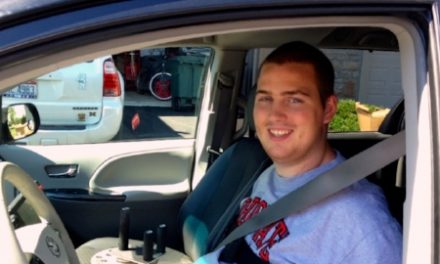