This little, blonde, combat-wounded woman,” Kirstie Ennis says, laughing. “Who ever would have guessed?”

It’s all, Ennis continues, a little unbelievable. At 26, she’s survived a helicopter crash in Afghanistan, had her leg amputated, endured 40 more surgeries, become a snowboarder, climbed Kilimanjaro—and now gotten naked on top of a mountain to be photographed for a magazine that will soon be on newsstands nationwide.

But here we are. For the first time ever, ESPN The Magazine has tapped a veteran to appear in its famed “Body Issue,” on newsstands July 7, and no one is more surprised than Ennis that it’s her.

A true athlete, Ennis has pushed her body to its breaking point. But unlike most athletes, or at least most who grace magazine covers, Ennis has had hers so broken that she almost didn’t make it. In 2012, while she was on duty in Afghanistan, Ennis’ helicopter was shot down. In November 2016, she finally finished the last of her many surgeries; doctors had to remove two more inches of her femur.

Between the crash and now, Ennis has learned to snowboard; scaled some of the highest peaks in the world; endured cognitive, speech, and extensive rehabilitation therapies; and, yes, perhaps you remember this one — hugged Prince Harry at the end of Walk of Britain, a thousand-mile trek around the U.K. to support veterans.

Still, she never expected to get naked for ESPN. And even Ennis, who has tried to embrace all new experiences since her ordeal, was “kind of terrified.”

“At first I laughed it off,” she says, talking to ELLE.com earlier this week. “I was hesitant to make myself that vulnerable for the obvious [reasons]. I am an athlete, but I’m not an NBA [player] or an Olympian.” But she eventually decided that the shoot could and would have to be about more than just her — “I’ve been provided a pretty unique platform to show…any man, woman, or child who faces any sort of adversity that we control our circumstances.” She couldn’t turn it down. Especially, she explains, because athletics, the very stuff ESPN celebrates most, is what saved her. 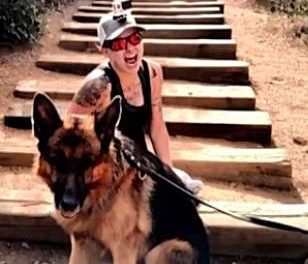 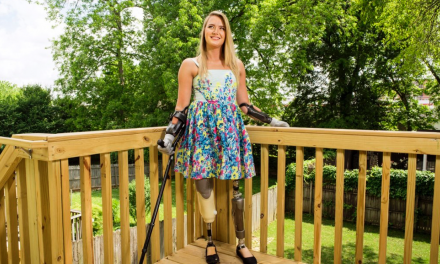 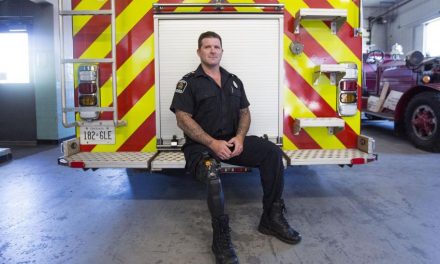