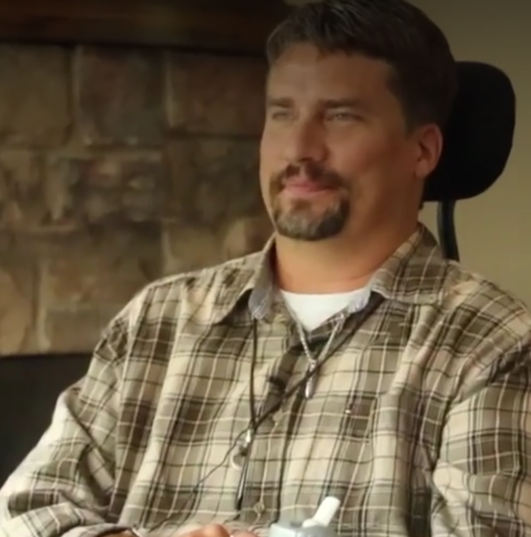 For a full year after the surgery, Tim Raglin felt nothing at all. Then, in February, his index finger twitched, and about a month ago his fingers opened.

It began with a twitch in his fingers about six months ago, and if the muscles in his hand continue to improve, Tim Raglin believes he’ll be able to hoist a beer bottle sometime soon.

Raglin, 45, hasn’t been able to do that on his own for nine years — ever since a diving accident at his family’s Round Lake cottage shattered a vertebra in his cervical spine. A quadriplegic, he could flex his shoulders and biceps, but his hands and legs were paralyzed.

A year ago February, however, Raglin became the first person in Canada to undergo nerve transfer surgery in a procedure designed to restore some movement to his right hand.

The Ottawa Hospital’s Dr. Kirsty Boyd performed the operation under the mentorship of Dr. Susan Mackinnon, the Canadian-born surgeon who pioneered the technique in St. Louis, Mo. The surgeons essentially re-routed the nerves in Raglin’s right arm, taking a still-functioning nerve that controlled his elbow and suturing it onto a pathway toward his right hand.

Then began the long wait to see if it all worked.
Julie Oliver/Postmedia

Damaged nerves regrow at a snail’s pace — only about one millimetre per day — and the rerouted nerve in Raglin’s arm had to stretch 30 centimetres to reach the muscles in his hand.

For a full year after the surgery, Raglin felt nothing at all. Then, in February, his index finger twitched, and about a month ago his fingers opened for the first time in nine years during an occupational therapy session at The Ottawa Hospital Rehabilitation Centre.

“It was kind of a shock,” he said in an interview. “And it’s really moving now. There’s a lot of nerves touching muscles that are getting stronger … Every iteration, it just gets more and more exciting.”

Raglin can now unfold his fingers from the palm of his hand and grip onto implements such as a fork, a shaver and a toothbrush. “I still need help from people because they have to, for instance, put a shaver into my hand, but I can now hold that shaver and manipulate it to shave my face,” he said.

The muscles in his hand have atrophied from lack of use, and they tire easily. But with more physical therapy, and more practice, he can envision the day he’ll pick up a fork and feed himself.

Raglin is using a different nerve pathway to activate the muscles in his hand, so it will take some time for his brain to adjust. He has learned to close his fingers on something by flexing his bicep. In time, however, it’s expected his brain will figure out how to separate the triggers for his hand and his bicep.

“I’m not quite at the point where I can get a cup off the table, but I can envision myself doing that. I know I will be able to do that eventually — so it’s exciting to see that.”

Earlier this month, he sent a short video to Boyd to demonstrate his ability to grasp a beer bottle. He’s not able yet to drink from it, but he knows the day is not far off.

“It’s just a matter of time,” he says. “It’s all about independence.”

Raglin was a project manager at an Ottawa high-tech firm when he dove from the dock at his family’s cottage near Pembroke, Ont., in August 2007. He had made the same plunge thousands of times. 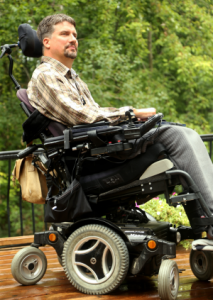 But a deep dive combined with unusually low water levels that summer produced disaster: His head smashed hard into the sandy bottom and he floated to the surface, unable to move a muscle. His friends and relatives pulled him out before he drowned.

Three years ago, Raglin read an account of Mackinnon’s groundbreaking nerve operation in the Journal of Neurosurgery. He asked his doctor about the surgery and was referred to Boyd, who knew Mackinnon and her work, having completed a surgical fellowship with her in June 2011.

Boyd agreed to attempt the operation, and Mackinnon travelled to Ottawa at her own expense to supervise.

In the operating room, the surgeons effectively bypassed Raglin’s spinal cord injury by connecting a nerve that still communicates with his brain — the nerve that bends his elbow — to a nerve that once controlled part of his hand. That nerve, known as the anterior interosseous, was no longer able to receive messages from Raglin’s brain because it connected to the spinal cord below his injury.

By hot-wiring Raglin’s arm, the surgeons engineered a viable nerve pathway between his hand and his brain, but it could only produce movement when the bicep nerve grew down Raglin’s forearm and into his hand muscles.

“The recovery has been slow and we have fought some unforeseen obstacles,” she said. “But he has helped to show us what the recovery for these procedures looks like and how much dedication is required by the patient.”

The Peripheral Nerve and Trauma Clinic that Boyd co-founded with Dr. Gerald Wolff has recently received two research grants to study other nerve transfers in patients with spinal cord injuries. That research will be done in concert with Washington University in St. Louis.

Raglin, who lives in Carp with his wife, Nathalie, and two children, obsessively exercises his hand now to see what more it can do each day. 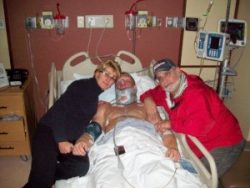 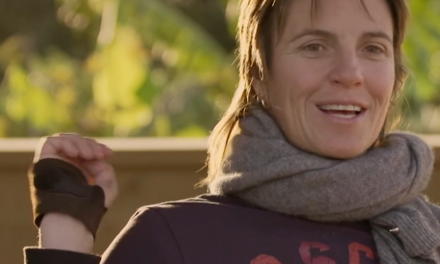 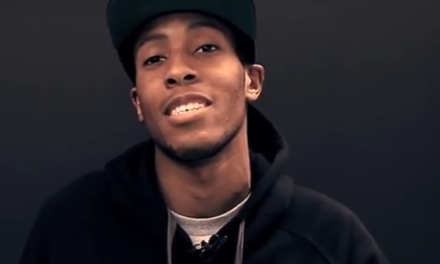 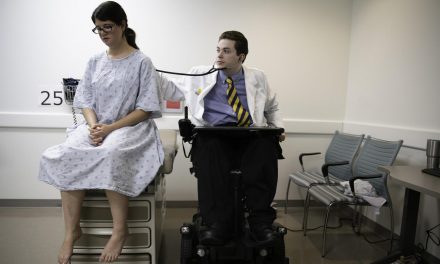