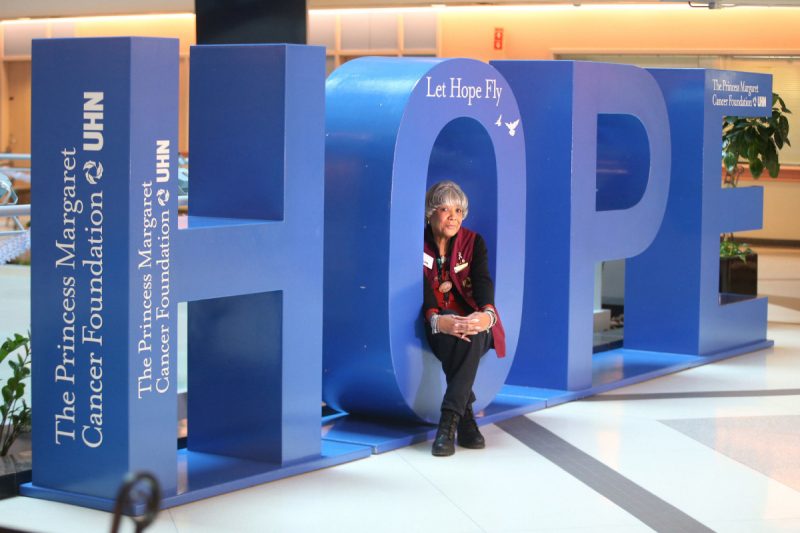 Toronto residents Helen Amenta, Nikki Leigh McKean and Joy Samanski have never met, but they have all battled cancer and come through difficult treatments with the same knowledge: That helping others is a powerful elixir.

The three Toronto women have thrown themselves into projects to make the lives of others better as they themselves face daunting times.

Amenta is a hospital volunteer who comforts cancer patients, McKean created a project to promote mindfulness and Samanski empowers Filipino families by promoting and selling their crafts. Here are their stories.

When Princess Margaret Cancer Centre volunteer Helen Amenta speaks to cancer patients about their fears and anxieties, she does her best to quell their nerves.

Amenta, 73, who has volunteered at the program Healing Beyond the Body for about a decade, has battled both breast cancer and a Hodgkin’s lymphoma, a cancer of the lymphatic system. She has undergone chemotherapy, radiation, a mastectomy and a lumpectomy.

“If you stay in a state of depression, you’ll feel sicker,” she says, acknowledging she knows this through experience.

Amenta was diagnosed with Stage 4 breast cancer in 2002. She underwent treatment and grew depressed. A nurse urged her to volunteer with a new program at the hospital that had cancer survivors help other patients.

“Initially I said no . . . How are you going to help somebody else when you feel like crap, and you don’t know if you’re going to live or die.”

But she eventually realized that “feeling sorry for yourself doesn’t help anybody” and gave in.

She’s thankful she did. Ever since, she has been a regular volunteer, pausing only when she underwent chemotherapy for Hodgkin’s, which she was diagnosed with in 2011.

There are times when she feels down and worries about her health, but when she’s volunteering she focuses on the patient.

“That person might be going through a lot more than you, so you need to listen and help them . . . And give them courage.”

Hopefully, they will then go on to support someone else with cancer, she says.

“(The support) just travels,” says Amenta. “We’re all part of a club that we didn’t want to join — it picked us — but we need to keep supporting each other.”

As lifestyle photographer Nikki Leigh McKean sat in a hospital corridor waiting to speak with the radiologist about her upcoming cancer treatment, despair set in and she suffered an anxiety attack.

“I remember thinking, ‘I was just here two years ago, how the hell am I back again doing radiation?’ ”

McKean was diagnosed with Stage 2 cervical cancer in July 2015 and underwent chemotherapy and radiation. At the time, her daughter Charlotte was 18 months old and her newborn Sofie was just 2 months old.

Less than two years later, in May 2017, Sofie ran into her while playing in the park and McKean’s right breast started bleeding. Tests revealed she had an invasive form of breast cancer, and McKean underwent a double mastectomy with no reconstruction.

Then on Oct. 5, McKean waited hopelessly for her appointment with the radiologist.

“I thought, ‘How would being here every day be worth it?’. . . I need something to do, I need it to have meaning, I need to share it with the people I love and it needs to have meaning to them.”

After that appointment McKean went straight to her studio space, above Café Cancan, the French bistro on Harbord St. she and husband Victor Barry own. She started brainstorming about what inspires her. And, she reflected on questions that her meditation and yoga teachers had asked her to try and help her cope with being diagnosed with a second cancer: What are you going to do about it? How are you going to help others?

That inspired the ‘Let’s Radiate’ project, which she originally designed to give to 50 friends and relatives, all of whom had been asking how they could help through this difficult period. It is a deck of cards with inspirational quotes and activities — for instance, write a love letter, create a bucket list, perform a random act of kindness — to encourage people to become more self-aware and to make time a priority. For each of McKean’s 16 days of radiation treatment, she asked her loved ones to draw an inspiration and activity card and share it on social media.

“That made me feel great, to know that in a way they were helping me, but also helping themselves,” says the 37-year-old. “If everyone in my whole community is working on being better, for themselves, their family and their community, then that makes me feel good.”

Friends encouraged McKean to sell the kit on her site Feelthat.ca, which she started to share her personal journey and promote Let’s Radiate. Each one is $45. Proceeds will support funding her dream journey of a pilgrimage to the Himalayan Mountains and go to the iRest Institute, a non-profit that promotes healing through yogic and meditative practices.

She says the kit is a compilation of everything that is helping her get through cancer and thinks it might benefit others also struggling with health challenges.

“It feels better to be trying to do more good — that feels good. Sadness, fear and anxiety feels terrible,” she says. “I’m always trying to find ways to build more goodness.”

In May 2017, costume designer Joy Samanski stepped out of her doctor’s office in utter shock. She had just been diagnosed with Stage 1 breast cancer. But she didn’t call a friend, or her daughter, or take time to process the news.

She walked into a nearby health food store to make her sales pitch, holding up a handful of custom-designed beaded bracelets. The creations are part of a non-profit initiative she started called House of Joy, aimed at helping families in the Philippines become craftspeople and entrepreneurs.

Those bracelets were made by villagers in Gawad Kalinga Pona Village, in the Bicol Region. Samanski, a renowned Toronto-based costume designer, set up a workshop there in 2014 to teach people how to sew, spending $20,000 on sewing machines, needles, fabric and supplies.

She had always wanted to teach in a foreign country, particularly to people living in extremely poor conditions who otherwise would never have the opportunity to learn from someone as skilled as Samanski. Her clients have included Sir Richard Branson, Tom Jones and Jim Henson, among others in television, film and advertising fields.

She has travelled to the village three times and while there teaches anyone who’s interested — students range in age from 11 to 70 — how to make bead loom bracelets, knitted wallets, juice box wallets and embroidered tote bags, which she sells back in Canada. When she’s back home, a project manager runs the workshop, but Samanski is in daily contact.

“I just love these people, they are the most loving and wonderful,” she says. “I’m so proud. They do a beautiful job. The quality is amazing.”

While this year has been particularly difficult — Samanski underwent a lumpectomy and radiation treatment in the summer — she’s never considered giving up the project.

“I needed the focus, otherwise I’d be thinking about dying — that’s the hard part about being sick.”

And there’s plenty to focus on. Items are exported to Canada for her to sell in stores, church bazaars, flea markets and festivals. She peddles her wares at a friend’s pub on College St., cajoling customers by pointing out if they can spend $50 on booze, then they can pay $5 for a bracelet.

Selling these goods is a tough slog for Samanski, who’s been at it since retiring two years ago and closing her Toronto shop Joy Theatricals Inc. Her goal for the project is to break even: This year, sales were $9,000, but it cost $11,200 to keep the workshop humming.

“I need big orders from companies with big hearts to sustain this and I need volunteers to help sell because I do get tired.”

Still she remains undaunted because she knows people rely on her, saying House of Joy supports 10 families in the village. (To contact Samanski email joytheatricals@gmail.com).

“The people in this little village are so terribly grateful for what I do. When they send me pictures of the things they have bought — shoes, bus fare, one even bought a pig and chicken — that’s what keeps me going.” 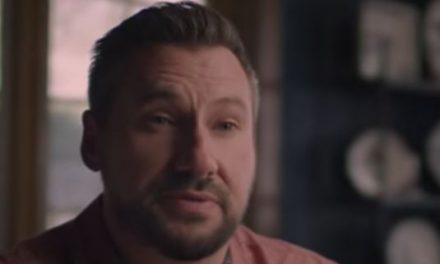 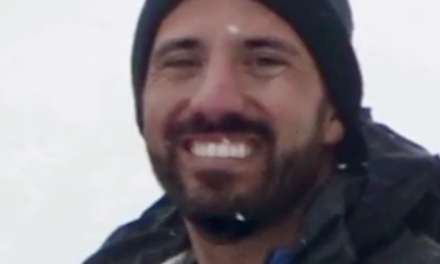 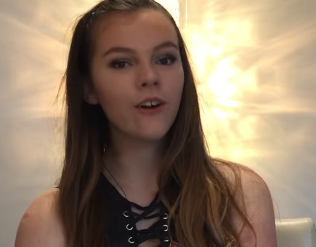