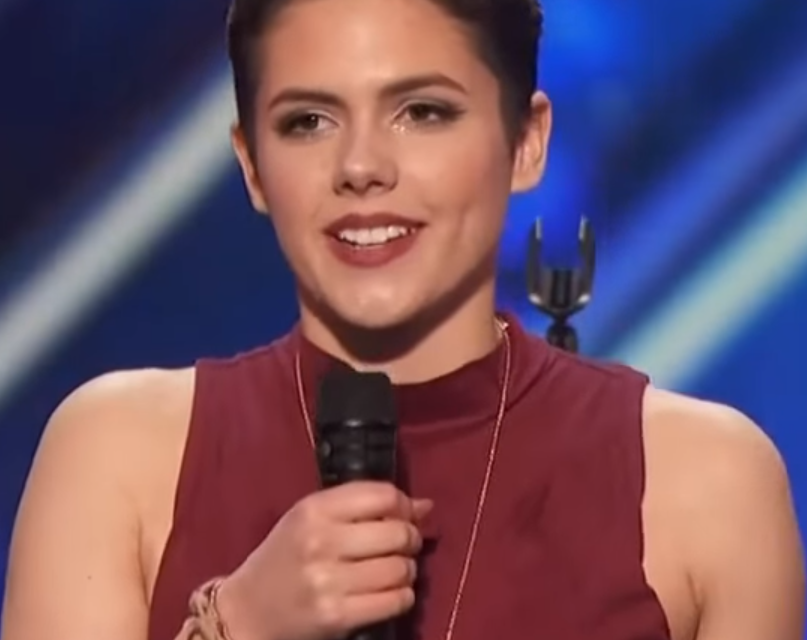 Cancer survivor Calysta Bevier’s been on an incredible roll since leaving America’s Got Talent as a semi-finalist on Sept. 7, joyously warbling her way into the hearts of millions across the United States and Canada while riding a wave of popularity as an inspirational speaker and a singer with aspirations of hitting the big time.

Yet, in some ways, her rapid trajectory toward fame has put her at one of life’s many crossroads.

Calysta, the grand marshal of this year’s Blade Holiday Parade on Saturday, only recently turned 17. Technically, she’s still a kid. But it’s also clear she’s a young woman by the way she sings, the way she talks, and the way she disarms intimidating figures such as America’s Got Talent and former American Idol judge Simon Cowell.

She has many people talking about how her remarkable grace and poise on stage, and the unapologetic way she bares her soul before an audience, makes her seem mature beyond her age.

“He’s actually really nice,” Calysta said of Cowell and his reputation for gruffness. “I talked to him during a break during the finale. He’s so sweet. He said, ‘Oh, you’re back!,’ and he gave me a huge hug.

“Everyone sees him as this scary guy, but he’s not,” she continued. “He has a really sweet voice. His cheeks are like Teddy bear cheeks. He has a dad kind of personality.”

That’s the thing about Calysta. There’s a happy-go-lucky charm to her. Not the bubblegum snap there is with some teenagers, but a bold, damn-the-torpedoes confidence.

During an hour-long interview from a living room couch inside her home last Sunday — a gorgeous, 1860-era house with a wrap-around porch her family rents in the quaint, historic waterfront village of Grand Rapids — the Otsego High School junior talked about her stunning odyssey and comeback from cancer.

She and her parents also discussed plans for her foundation’s second annual toy drive for hospitalized children, which begins at a mini-concert she’ll perform in Hensville immediately after the parade.

Admission is free, but attendees are asked to bring a new gift with no Christmas wrapping. The Bevier family and friends will wrap the gifts and deliver them, as they did with 1,500 gifts during the inaugural toy drive last year.

“It’s been crazy,” Calysta said as she began the interview, trying to explain the frenetic, jet-setting pace she’s been on with her mother, Missy Mason Bevier, who also pulls double-duty as Calysta’s manager and road companion. “I live out of Calysta figures she’s only been home about seven days since last spring. She’s planning to finish her final two years at Otsego High via an online program; she takes a laptop with her everywhere. She’s agreed to sing at next June’s graduation and plans to be part of her class commencement in June, 2018.

But, as her parents said, nobody knows quite what life has in store for Calysta come January, when she expects to have her first CD released. So far, she has recorded five songs at studios in New York and Nashville with help from noted producer-engineer Ryan West, who has worked with performers including Jay-Z, Eminem, Usher, Kanye West, Nick Cannon, and Rihanna. She expects to get even busier if she tours and gets a publicity campaign behind her.

In some respects, it’s hard to believe the meteoric career path Calysta’s on now began just over a year ago.

It can be traced to a homemade video uploaded to YouTube on Sept. 29, 2015, when Calysta — then in remission from a rare form of ovarian cancer called dysgerminoma — performed a heartfelt rendition of singer Rachel Platten’s hit “Fight Song.”

She dedicated that performance to Thane Wooley of Defiance, who was 14 at the time and losing a 10-year battle against another form of cancer, neuroblastoma, which he’d had since age 4. The two met while undergoing treatment at ProMedica Toledo Children’s Hospital.

“This is my fight song. Take back my life song. Prove I’m alright song,” Calysta sang. “My power’s turned on. Starting right now I’ll be strong. I’ll play my fight song. And I don’t really care if nobody else believes. ’Cause I’ve still got a lot of fight left in me.”

The video went viral on Oct. 16, 2015, quickly amassing nearly 5 million hits after being shared on Facebook by popular talk-show host Ellen DeGeneres. Eventually, DeGeneres had Calysta on her show and, as a surprise guest, brought out Platten to do a memorable duet. Things snowballed from there, with one gig leading to another.

On America’s Got Talent, Calysta became the only contestant Cowell automatically advanced through the audition process by pressing the coveted golden buzzer. Countless other appearances followed anywhere from New York to Phoenix.

These are exciting yet nerve-wracking times for the Bevier family.

Missy quit her job at Ashley Furniture a few months ago to devote herself full time to being Calysta’s primary manager and supervise her daughter’s foundation, Caly Cares. Calysta’s father, Adam, a Toledo firefighter, stays home to watch the couple’s other children — Lavaya, 14, an Otsego High freshman; Adam, 5, and Gavin, 3 — as much as his schedule allows. The juggling act includes help from Adam’s father in Perrysburg and a close friend in Grand Rapids.

A New York songwriter, Karen Nussbaumer, founder of the Sorella Entertainment record label and a medical training facility called the Center for Ultrasound Research & Education, helps Missy with managing duties. Nussbaumer’s company has worked with popular singer-songwriter Holley McCreary, who also is a cancer survivor, and Sarah Simmons, a 2013 contestant on The Voice.

“I don’t know many adults that are as altruistic as Caly,” Nussbaumer said. “I consider myself a giving and caring person, but seeing Caly visit kids and share her time to try to make them laugh and hold their hand when they need it to be held and then even taking it a step further and creating a nonprofit to make their chemo and other treatments easier — who does that?”

“She’s been through more than most, and I think that gives her a vantage point that many kids her age don’t have,” Nussbaumer said. “She sees life as a gift and cherishes each moment and that is inspiring to me and so many others.”

One of Calysta’s eye-openers has been Internet snark, especially while under the national spotlight as an America’s Got Talent contestant. Some people accused her of exploiting her cancer diagnosis to gain sympathy.

Supporters were angry with those posts, but her father told her to get used to it if she wants to be in the public eye.

Cancer’s something she can’t deny — and won’t. It’s part of her life. It haunts her but also motivates her.

In addition to hospital visits and Make-A-Wish events, Calysta is involved with national campaigns such as Look Good Feel Better, (lookgoodfeelbetter.org), which promotes beauty tips for women undergoing cancer treatment. On Sept. 28, Calysta was one of two women honored in New York as the program’s 2016 DreamGirls at the 32nd annual DreamBall. The other was Tony- and Grammy-nominated Broadway star Valisia LeKae, who was diagnosed with cancer in 2013 while portraying legendary Motown singer Diana Ross in Motown: The Musical.

“I definitely like the cancer [awareness] side of it, just meeting people doing what they’re doing,” Calysta said. “It’s definitely inspirational for me to keep doing what I’m doing.”

Many of the cancer-stricken kids whom Calysta visits in hospitals look up to her. Some, according to Calysta’s mother, have told nurses and family members they want to be just like her.

There’s heartache to go with that inspiration, beginning with the anxiety Calysta experienced with her diagnosis in June, 2015, after her mother noticed a lump in Calysta’s abdomen while the family was on vacation in Florida. The hardest thing, according to Calysta’s father, is the phone call or message the parents get when one of the children their daughter has befriended ultimately loses their battle with cancer.

Thane Wooley was one. There have been others.

Adam Bevier shed a tear as he tried to explain what happens when he passes the news of a death along to his daughter.

“She’ll go into her room and be quiet,” he said. “Those are the people she’s formed bonds with. It’s bond we don’t understand, but she understands and is drawn to these people quickly.”

One of Calysta’s closest friends is Riley Smith, who’s also a 17-year-old Otsego High junior. The two, who met in sixth grade, live just down the street from one another.

“To me, she seems like the same person. If anything, it’s made her more humble because she said she misses her friends so much,” Riley said. “I think we keep her grounded.”

“I told Missy everything happens for a reason,” said Smith, a village councilman. “As bad as it was, she was meant to be a voice and an image for childhood cancer.”

Another close family friend, Maureen “Mo” Agosti, recalled how Calysta’s tumor grew from the size of a baseball to a small melon within weeks. The sick teenager somehow managed to console children in the hospital even when she was a patient undergoing treatment herself, Agosti said.

Calysta “has the heart of a warrior,” she said.

“This girl is so talented and so beautiful, but that pales in comparison to her beautiful heart,” Agosti said. “I have witnessed this beautiful soul reach out to sick children before all the fame found its way to her door.”

The five songs Calysta has recorded so far hit on the familiar themes of inner strength, vulnerability, mettle, and overcoming odds.

She said she is going for a country rock, pop, and electronic vibe. Calysta wrote or co-wrote the lyrics.

One song, “Soar,” is about breaking free and experiencing new things. “Begin Again,” is about a fresh start in life, “Stronger” is about having an unbroken will, and “Closer” is about making progress toward finding a cure for cancer.

Adam Bevier said he is particularly fond of a song called “Sweetheart,” which has Calysta’s heaviest lyrics to date. The song was inspired by a rough bout with depression experienced by someone close to Calysta.

Music is an important part of Calysta’s post-cancer psyche. The way Adam Beiver talks, she blossomed during her America’s Got Talent performances because they were a cathartic release for her.

“Music got her through everything,” Bevier said. 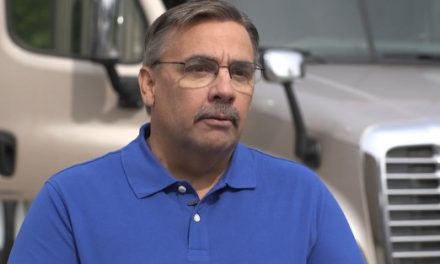 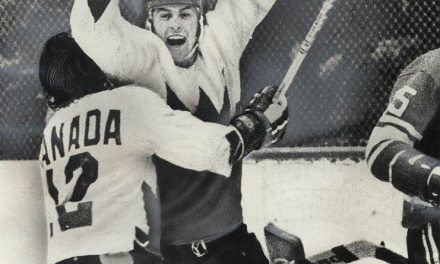 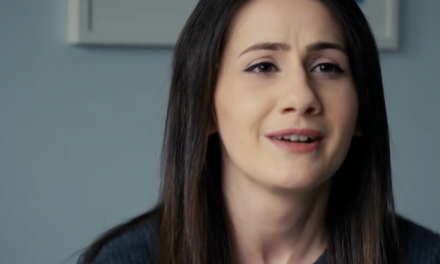 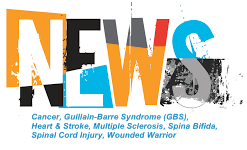 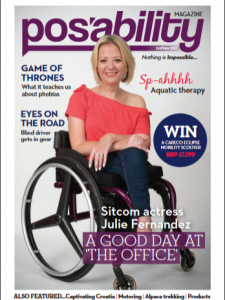 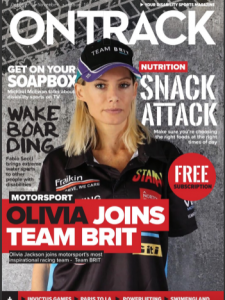 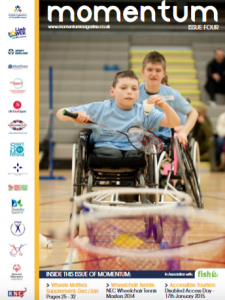 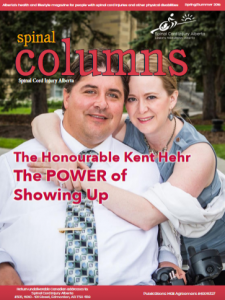 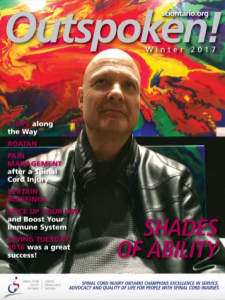 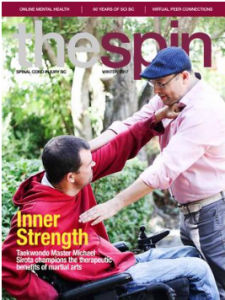 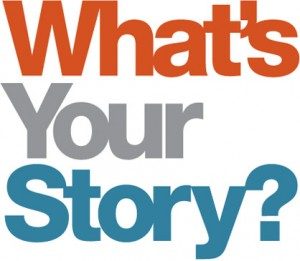 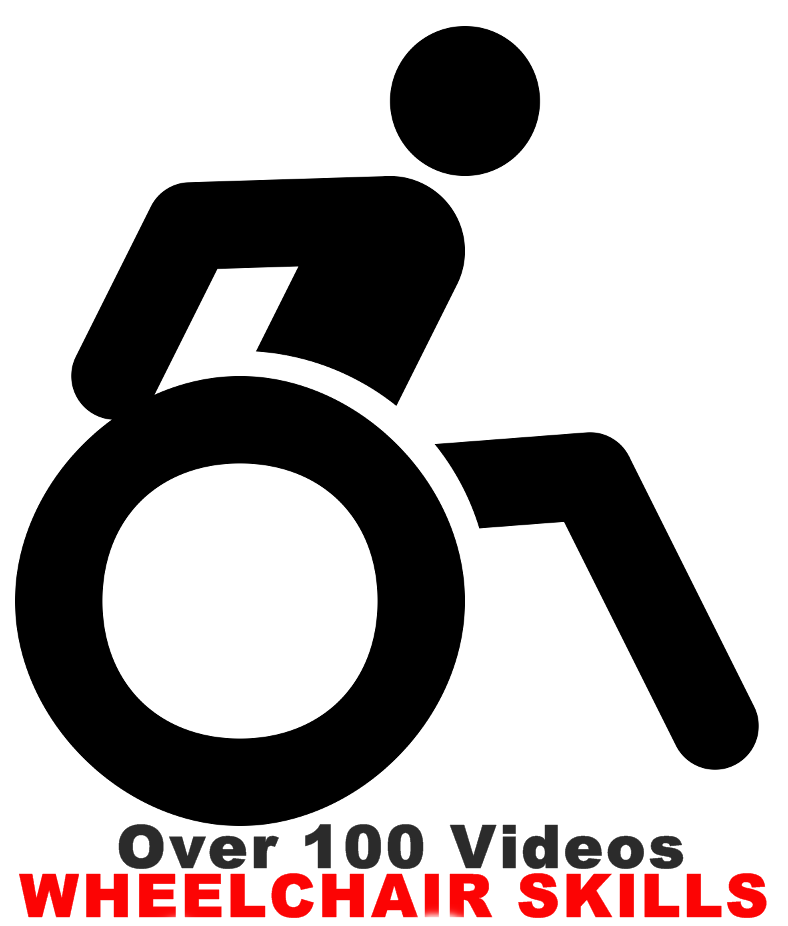 Products by the Disabled 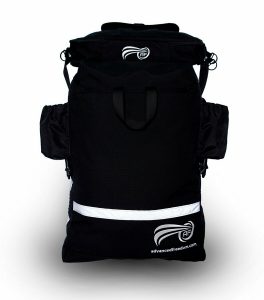