Suzane’s tumors are gone. Promising cancer treatment can save lives 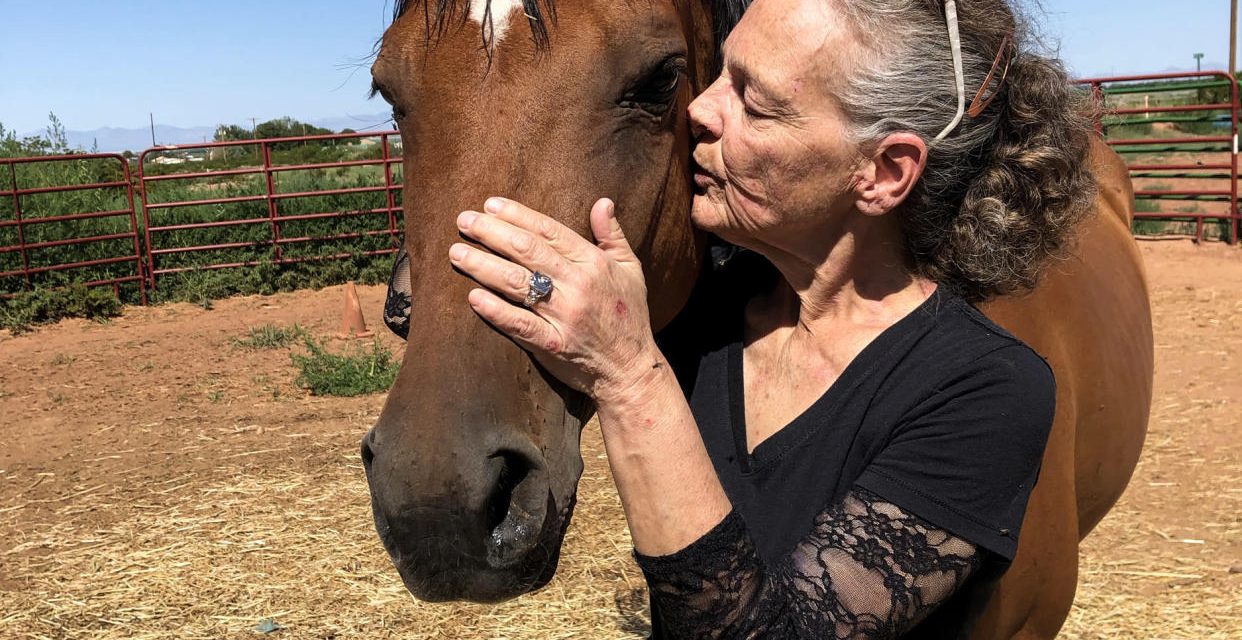 My sister is in the process of doing this T-cell therapy here in Canada. We of course are hoping for the same outcome.

Three years ago, BeHanna, then 62, a newlywed, was sick with stage 4 lymphoma, sick from two failed rounds of chemotherapy and sick of living in a trailer park near the University of Texas MD Anderson Cancer Center in Houston. It was fall 2019, and treatment had forced her to migrate 750 miles east from rural New Mexico, where she’d settled only months before her diagnosis.

Chimeric antigen receptor T-cell therapy might have been appealing to BeHanna had it been available closer to her home. But it is offered only at major transplant hospitals.

BeHanna had been living in Houston for six months, suffering through chemotherapy that made her feel awful and didn’t stop her cancer. She wanted to go home to die, but her husband wanted her to give CAR T-cell therapy a chance if her doctor would approve it.

The therapy uses a patient’s T cells, a key part of the immune system, to fight cancer. A pioneer of the therapy, Dr. Michel Sadelain, an immunologist at the Memorial Sloan Kettering Cancer Center in New York, describes it as “a living drug — a T cell which has been weaponized against cancer.”

The treatment uses a process called apheresis to extract T cells from a patient and then genetically modifies the cells to add a receptor, the chimeric antigen, which binds with the cancer cells.

aking CAR T cells takes about 10 days, but because only three companies — Bristol Myers Squibb, Gilead Sciences and Novartis — have approval from the Food and Drug Administration to produce them commercially, receiving the cells back for infusion can take up to a month. Once they are in a patient’s bloodstream, the CAR T cells multiply, recognize cancer cells and kill them. If the therapy works, the patient’s cancer is usually in remission within a month.
Cost of using CAR T-cell therapy

For about 10 years, oncologists have used CAR T-cell therapy in clinical trials for patients with blood cancers — including BeHanna, who has diffuse large B-cell lymphoma, and others with lymphoblastic leukemia and multiple myeloma. But until recently, it was FDA-approved only for those who had already had two unsuccessful rounds of more conventional treatment, like chemotherapy. For some types of blood cancer, the therapy leads to remission in more than half of patients. In April, for the first time, the FDA approved CAR T-cell therapy for lymphoma patients whose cancer recurred within 12 months after only one round of more conventional treatment.

That more people will be eligible for CAR T-cell therapy seems like good news, but Dr. Jason Westin, an oncologist at MD Anderson, isn’t immediately optimistic. Westin, the chair of the American Society of Clinical Oncology’s government relations committee, is concerned that as more patients become eligible, the cost — $375,000 to $475,000 — will strain the ability of insurers to support it.

Patients who meet the FDA’s threshold for treatment are a relatively small group. “If it’s a tiny, tiny fraction of patients that are getting an expensive treatment, it’s hard on the system but may not be a break point,” Westin said. “But if you increase that slice of pie for patients that get this, it begins to place more stress on limited resources.”

Insurance carriers, including Medicare, pay for CAR T-cell therapy, although according to the Leukemia & Lymphoma Society, they don’t typically cover living expenses for patients who must live away from home, often for months. Blue Cross Blue Shield covered BeHanna’s medical costs, but for living expenses it reimbursed her only $5,000, a small fraction of what she and her husband spent to live in Houston.

And new research into using the technology to treat other cancers, autoimmune disorders and even infections could put pressure on the already constrained supply chain.

There are other, less expensive, ways to make CAR T cells besides going to major pharmaceutical companies. Many researchers who work on clinical trials, including Dr. Michael Chu of the Cross Cancer Institute in Edmonton, Alberta, use a bread maker-size bioreactor made by Miltenyi Biotec to modify T cells in labs. Some medical centers have established in-house T-cell manufacturing platforms that use other bioreactors and protocols.

But the FDA hasn’t granted medical centers and academic institutions approval to manufacture the cells for commercial use, and neither Sadelain nor Westin expect that to happen any time soon, if at all.

Cost isn’t the only drawback to CAR T-cell therapy. The side effects can be life-threatening — about 2% of patients die as a result of the treatment, Chu said.

The potentially toxic response has dictated where the treatment can be administered. “If somebody gets bad side effects, they need to be at a place that is able and set up to manage those,” Westin said. “A place that’s used to giving a breast cancer or lung cancer treatment — they’re not experiencing how to manage what can potentially be a life-threatening side effect.”

For that reason, the treatment is available at only about 150 transplant centers, where specialists are available to oversee care, Westin said.

That creates an accessibility issue for the roughly half of U.S. adults who live at least a half-hour from the nearest transplant center. “These patients have been through so much,” Chu said. “To ask them to go just a little farther, it’s a step too far in some cases, either on a psychological front, financial front or on a social front.”

That was the case for BeHanna. She didn’t want to participate in another clinical trial. But her husband, Chris, had done so much work, first to learn about the treatment and then to lobby her doctor. “He promised me if it didn’t work, I could go home, and that was all I cared about,” she said. “I didn’t expect it to work.”

To ensure her T cells were healthy enough to be genetically modified, BeHanna had to have more chemo, which meant more time in Houston. About a month passed between the apheresis and when the CAR T cells were ready to be infused. “By the time I received my cells back, I was really, really sick, and I didn’t care if it worked or not,” she said.

For the first few days after the infusion, BeHanna felt fine. But on the third or fourth day, when she was asked a routine series of questions that tested her neurological function, she was clearly experiencing neurotoxicity — a side effect that reverses itself in most patients. Her temperature shot up. The cytokine storm had begun. She was moved from the CAR T-cell ward to the intensive care unit.

When she woke up a few days later, lucid but weak, all she could remember was that she’d said “a lot of mean, terrible things” to Chris.

BeHanna began to cry as she described the first moments in the ICU as she got her bearings and reached down to touch her stomach. “It was clear to me for the first time in as long as I could remember that I could touch my stomach and it was not hard,” she said. “I could feel the tumor was going away.”

Before the treatment, which she had in October 2019, a scan showed tumors throughout her body: in her armpits, chest, abdomen and groin. In late November, around Thanksgiving, BeHanna had another scan.

BeHanna is grateful to be alive, but she said she is frustrated that patients are required to undergo multiple rounds of harsh chemotherapy before they are allowed to proceed with a treatment that could so effectively eliminate their cancer.

“CAR-T is a little rough,” she said, but “it wasn’t hard on me, because I don’t remember any of it. It was something I was willing to risk, because either you do CAR-T or you go home and die.” 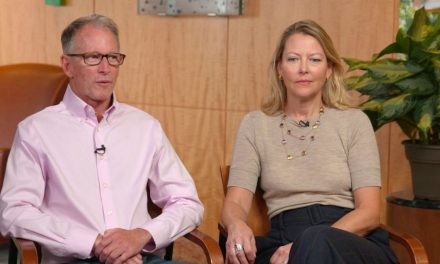 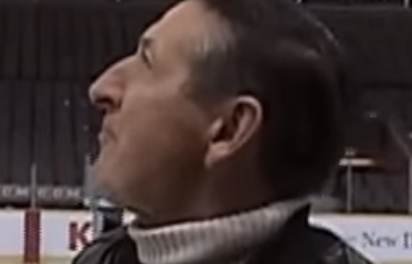 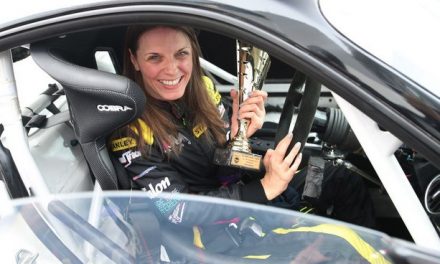 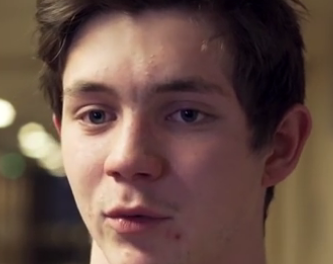