Sullivan became paralyzed after breaking his neck in a skiing accident at age 19. He had a fracture dislocation of his fourth and fifth cervical vertebrae, leaving him almost completely paralyzed.

After a seven-year struggle with depression, he successfully completed a Bachelor of Business Administration degree at Simon Fraser University. Sullivan later founded six non-profit organizations dedicated to improving the quality of life for disabled people in North America.

In 2005, Sullivan was inducted into the Order of Canada, the nation’s highest civilian award for community achievement. This was in recognition of his work to improve the lives of those with significant disabilities. The Sam Sullivan Disability Foundation has raised over $20 million and served over 10,000 people with disabilities since its inception. Organizations he created include the following:

Tetra Society: this organization recruits technically skilled volunteers who create custom-made assistive devices that are not available on the market. There are currently 45 chapters throughout Canada and the US, which have created more than 5,000 devices.

Disabled Sailing Association: beginning at Vancouver’s Jericho Sailing Center there are now 20 programs throughout Canada and the US. Sullivan initiated the development of the Martin 16 sailboat, designed specifically for people with disabilities, including high-level quadriplegics who use sip-and-puff technology. 150 of these sailboats are in use throughout the world. Sullivan also initiated the Mobility Cup National Regatta for people with disabilities.
British Columbia Mobility Opportunities Society Wilderness Access Program: Sullivan worked with Tetra Volunteer Paul Cermak to invent the TrailRider, a one-wheeled vehicle that enables people with disabilities to access the wilderness. 100 of these are currently in use around the world. They have been used by people with significant disabilities to climb Mount Kilimanjaro and to the base camp of Mount Everest. BCMOS also operates an Adaptive Paddleboarding and Kayaking program at the Olympic Village.

Vancouver Adapted Music Society: This organization operates a music studio in the GF Strong Rehabilitation Centre and supports the musical aspirations of people with disabilities, including recordings and performances. Sam Sullivan and Dave Symington formed the band Spinal Chord and recorded an album of original music in 1993 called Why Be Normal? Sullivan was the band’s vocalist and played keyboards using custom-designed computer software.
ConnecTra Society: ConnecTra links people with physical disabilities to activities and programs that will, over time, allow them to grow, gain confidence and become increasingly active and involved in the community. It has helped over 200 people with disabilities since the inception of the ConnecTra Project in 2012. This project helps people with disabilities get signed up at their local WorkBC. Many participants have gone on to find part-time and full-time jobs.

In recognition of these achievements, Sullivan was inducted into the Terry Fox Hall of Fame in 2000 and won the Christopher Reeve Award in 2008.[19]

Sam Sullivan was re-elected MLA for Vancouver-False Creek in 2017 which has earned him his current role as the Official Opposition’s Social Development and Poverty Reduction critic.

Prior to being elected to the Legislative Assembly, Sam served as Mayor of Vancouver from 2006 to 2009 and as a Vancouver City Councillor from 1993 to 2005. He has served as the Minister of Community, Sport and Cultural Development and Minister Responsible for TransLink and has been a Member of the Legislative Review Committee and the Select Standing Committee on Crown Corporations and the Select Standing Committee on Public Accounts.

Sam is the founder of the Global Civic Policy Society, host of the Public Salons Series and its 1/2 hour weekly program on Shaw TV, the Greeting Fluency Initiative and smart phone app, and is an Adjunct Professor at the UBC School of Architecture and Landscape Architecture. Sam is also the founder of the Sam Sullivan Disability Foundation and six organizations that currently support quality of life initiatives for people with disabilities across Canada. For this he was made a Member of the Order of Canada.

During his time as Mayor of Vancouver, he was responsible for upgrades in the Orpheum, Queen Elizabeth and Playhouse Civic Theaters, the Olympic Streetcar Demonstration Project, the creation of the Street to Home Foundation and the initiation of the largest increase in social housing in several decades on 14 city sites.

Sam is Vice Chair of the Rick Hansen Institute and was made an Honourary Member of the College of Family Physicians of Canada in recognition of “his work on behalf of inner-city populations.” He has received the Christopher and Dana Reeve’s Award and the Terry Fox Award for helping to improve the quality of life for people with disabilities, and is an Honourary Major in the BC Regiment on Beatty Street.

Sam and his partner Lynn are longtime residents of Yaletown. 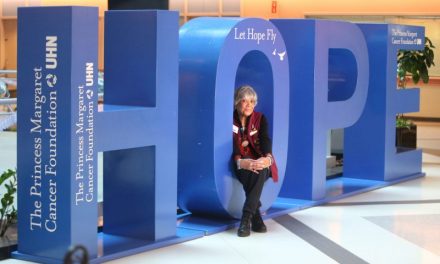 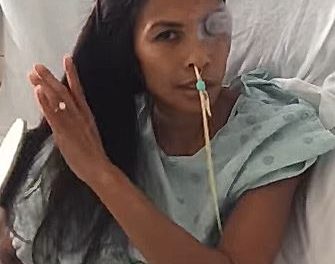 Guillain Barre Syndrome – One day you’re living your life and the next, you’ve lost complete control of it. 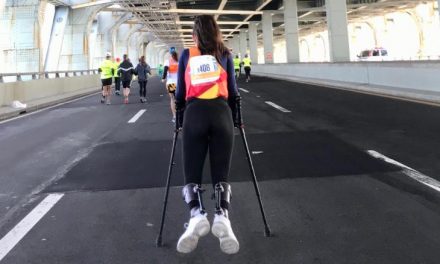